NBNco: How did it stack up during COVID-19? 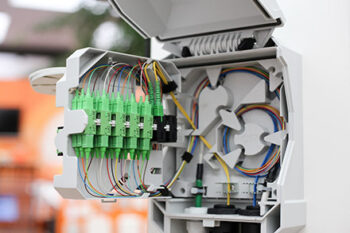 It’s the most talked about topic in the Telco industry and one that doesn’t take a lot of encouragement for someone to use: Australia’s NBN. The program ever since its announcement, through a rollout often plagued with issues, and onto seemingly endless media stories on how bad its performance stacks up against the world, has always been a news story with more downside than up.

That pressure has only increased during our recent COVID challenges. As more and more Australians worked from home, shifting the load from CBD areas out into the suburbs, the constant fear was that our Internet capability wouldn’t meet the increased demand.

But here’s the most interesting thing…for all the huffing and puffing that the NBN wouldn’t handle the stress, overall it’s performed incredibly well in trying circumstances.

It’s not all doom and gloom

Let’s address the point right away: Despite being the butt of plenty of jokes, both inside and outside the industry, the NBN isn’t terrible. Sure, when the project was first envisaged the network could have looked substantially different, particularly around fibre to the home, which has been argued to death across media, politics and within our industry itself.

The major point to consider in all of this is cost. In the end Australia is a relatively small country population wise…but with a huge geographical spread. We all understand the cost vs. performance argument and in the end, while still being hugely expensive, the NBN is performing far better than its technological predecessor. The constant comparisons to other countries aren’t always helpful and are often taken out of context; for example, we have a significantly smaller population than either the USA or the UK but we’re constantly compared when it comes to Internet performance. While some of it is valid, a lot of it doesn’t take into account the demand in those countries versus our own.

There’s an old saying that applies here: You can’t make everyone happy. Trade offs are inevitable.

Demand shifts to the suburbs

One of the more talked about issues to come out the recent pandemic has been the shift in load in terms of usage, moving from concentrated CBD areas where the vast majority of work took place, into a more distributed model across metro suburbs. Chuck in the fact that schools went to remote learning at the same time, plus people we’re isolating at home driving up leisure Internet activity as well…and it was a major shift in usage.

Despite a few click bait stories and early predications of a complete network failure, the fact is that the NBN served us well. It’s worth ignoring some of the overhyped media commentary (a fact worth noting in a lot of areas!) that focused on any small issue that arose. I know in my personal situation that my home Internet performed extremely well while working remotely. In fact it probably paled in comparison to having to stay cooped up at home with no chance to go out…something I’m sure that tested many relationships across the country!

Where to from here?

Now comes the most interesting part: What happens next? It looks like working remotely is going to increase dramatically and we won’t see the same numbers of people returning full time to office towers. With that comes a different demand model than we’ve seen before.

Will there be further infrastructure changes? If we see consistently high demand in the suburbs we might need to see further network changes. What happens when the CVC pricing is wound back to its original position (if it in fact is)? What impact does 5G have (more on this later)? What government policy shifts will take place? The debate I’m sure will continue but perhaps now, after the past few months, it will be a little more reasoned and maybe we can remove the “NBN sucks” mentality that we’ve seen prevail over the past ten years.

What are your thoughts? Keen to here what you think, DM me here or email me at steve@projectprofessionalservices.com.au