Bored at home: Is working from home losing its shine? 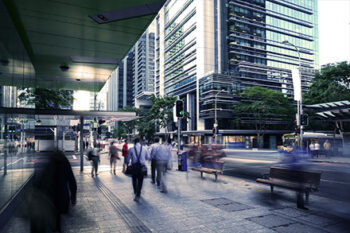 It’s been one of the comments of 2020: “I love working from home, it’s so much more productive”. And for some people, it really is. We’ve had a work-from-home culture in the Australian workplace for some time now, and for a good number of people doing a day or two at home has long been part of the working norm.

The pandemic changed that to being a full-time scenario for many workers. At the time, we wrote a piece talking about it and how it worked for many of us. For those who already loved it, it was paradise. For those that missed the human interaction in the office, it was a nightmare.

One thing I’ve noticed though in recent times, both in conversations in my network and in the media, is that even some of the more ardent supporters of work from home are starting to sound a little, well…jaded. Could it be that full time working from home wasn’t all it was touted to be?

In the end, we’re all social creatures. For many roles, social interaction is crucial to your success and is a key part of your working life. For all the annoying things about the office, there are many positives and I think people are starting to miss it more than they thought they would.

Everyone loves their partner/family/flatmate etc., but 24/7 contact with no breaks? It’s enough to test anyone. I’ve certainly experienced it in my life. My partner is working from home full time and I’ve noticed that she’s very keen to chat when I get back from the office. I think she misses that day-to-day human interaction too!

We can’t replace human connection through video and phone alone. We crave it, and I think that’s why we’ve seen an uptick in people going back to the CBD. It’s so much easier, for example, to brainstorm with a colleague or ask a key question when you’re there face to face. And much more interesting than talking to your cat all day.

For roles like ours, where its heavily sales focused, video and phone can be limiting. Communication is about so much more than audio, for example it’s much harder to read someone’s body language from his or her head alone on a video screen.

There’s also the mental health aspect. Think about those that live alone as an example, I’m sure there’s people there that miss that daily interaction. I know I would.

Working is a big part of our lives and while video is great it just can’t replace human contact.

CBDs are built for work

There’s also the fact that our CBDs in places like Sydney, Melbourne, and Brisbane have seen huge investment in recent times. The office spaces in places like Barangaroo are state of the art and provide the best environment for work we’ve ever had. Infrastructure like the NBN is optimised for these locations to ensure we can work to the standards we need.

Then there are the hospitality and retail businesses that are being smashed by the double whammy of COVID and a huge drop in traffic through their businesses.

At PPS, we’ve always had a flexible working arrangement and that won’t change. But even I’ve noticed more of our team spending time in the office. So, to answer my own question: Yes, I think the full time work from home gloss is wearing thin, and there will be more people ready to return at least part of their working week to the office in the near future. .

What do you think? Keen to hear what you think; DM me here or email me at steve@projectprofessionalservices.com.au